April 29, 2012 — Down The Line Surf Talk Radio with Bassy n Baldy on XTRA SPORTS 1360AM in San Diego; on iTunes podcast (Google it).
Contact us @sacredcraftexpo @jeffbaldy surftalksandiego@Gmail.com call the show 858.570.136

What I know about the Chris O’Rourke : He was a red hot California surfer with as much or more promise than Joey Buran, whose life was tragically altered by cancer. Tell us a lot more about Chris O’Rourke starting with his childhood. I found it interesting that his father had organized crime ties.

How would you describe Chris’ relationship with his father?

Compared to now, what was Windansea like in the mid 70s. Describe the scene: the parking lot, the beach, the lineup, the surfing.

In the book you characterize Chris O’Rourke as a brash, arrogant, confident young man. He was also a verbal and sometimes violent in the water at Windansea.

What where some of Chris’s competitive highlights?

From a surfing stand point, what was the pinnacle, the high point, when his skills and ability were at their peak?

Did he travel to Hawaii to Australia to compete?

Was their a bright competitive future for Chris O’Rourke, or was the raging Windansea scene going to be detriment to his career?

How old was Chris O’Rourke when he found out he had cancer?

Part of skull was removed.

I saw Chris O’Rourke when our DM Surf Club competed against the Windansea Surf Club at 15th street, I dunno must of been 1981 or something like that.

How did Joey Buran influence on Chris?

What is the number one lesson that you take away from knowing Chris, from being Chris O’Rourke’s best friend? 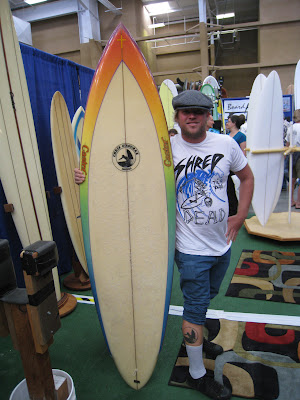 Windansea’s Ted Smith sadly passed away recently, what was Chris and Ted’s relationship like?